Transmission failure, though not a high failure item, it is one aspect of the modern car or pickup that is critical to the operation of the vehicle. Engine or transmission will result in towing costs. A primer on trannies.

Transmissions have existed since the first automobiles took to the road. Internal combustion engines produce torque and horsepower on an rpm (revolutions per minute) curve. At idle low engine speed does not produce sufficient torque to get rolling. Torque is the twisting force that causes rotation. Also called moment of force and contributes to the power (power=the rate which work is done) and is measured in foot-pounds. One pound-force applied over one foot, like a wrench tightening a bolt is one foot-pound. At 745.7 watts and 550 foot-pounds per second defines the imperial or English/American horsepower. Torque and horse power if graphed on a monitor or paper create a curve. As the rpm of the engine rises the torque may fall off, but since it is applied at a faster rate, horsepower will continue to rise. At low rpm both torque and horsepower are low. The transmission’s job is to multiply the torque at the expense of output rpm or the vehicles speed, allowing the engine to overcome inertia.
Traditional manual transmission use input shafts geared to a counter shaft with a series of sliding sleeves that allow the connection of the output shaft to the gear ratio desired. Synchronized transmissions introduce a brass ring that through friction match the rotation speeds of the shafts.

How Does an Automatic Transmission Work?

Automatic transmissions transfer power through planetary gear systems that use bands and clutches to provide various ratios and provide a means to reverse output rotation to allow backing up. A planetary gear system consists of a sun gear in the middle. Around the sun gear usually three to four planetary gears contained in a ‘cage’ or carrier are in contact with the sun gear, and either rotate around, locked to the sun gear with a clutch or held stationary with bands or clutches. Around the perimeter is an internally geared ring gear. By locking an element or two together gear reduction, reverse and direct drive is possible. Older automatics shift according to a governor that would shift at different speeds. Newer transmissions are electronically controlled.

Most manual transmission are either three speeds forward with high being a direct throughput, connecting the input and output shafts together. Manual four speeds do the same just adding more reduction gear to accommodate more closer ratios for a smoother transition. Five and six speeds providing overdrive ratios (output rpm is higher than the input rpm) to provide more efficient highway travel to compensate for lower differential gearing, very popular in trucks.

From Powerglide to Torque Converter

In the 60’s General Motors introduced a two-speed automatic transmission called the Power Glide that used a torque converter instead of a fluid coupling. Prior to this Ford and GM had 4 speed automatics with fluid couplings that allowed operations without a clutch. The GM Hydromatic and Ford’s Fordomatic powered the cars of the 50’s.
A fluid coupling has two hollow donut rings with vanes that face each other, as the engine spins it throws fluid into the facing ring driving the input shaft to the transmission. The fluid coupling allows for idling and stopping without a clutch, as there is slippage between the rings, as the rpm goes up the and the two rings become the same rpm there is little slippage allowing full power transfer through the coupling. A torque convertor is similar but has a stator, a stationary set of curved vanes between the donut rings, that multiplying the torque until the two halves match rpms providing in effect another gear. All modern transmissions utilize a torque converter.

Modern automatics have three to four gears standard, but new more efficient units have eight or more gears allowing for finer steps through gears and providing a more efficient power curve from engine to transmission to differential. The modern transmission is a marvel of engineering. Close ratio 6-12 speed transmission offer a smooth transition across the driving and acceleration curves. Engine speed remains more constant while working in the engines most efficient output and rpm range. This saves fuel and it contributes positively to the driving experience. Dodges new ½ ton 3.0 Liter Eco diesel with an eight-speed transmission is good for up an estimated 27 miles to a gallon. Probably a bit optimistic but actual real- world mileage should be solidly in the 20+ range. A major contributor is that multi-speed transmission. No matter what car you drive, if you need towing or roadside assistance; call Calderon Tow & Auto! 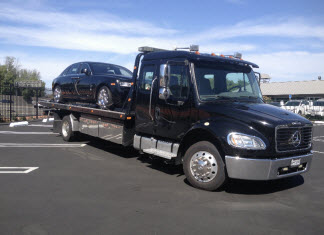 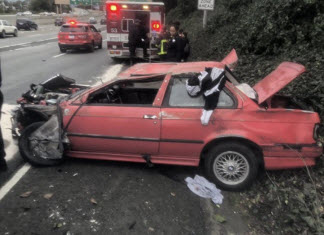 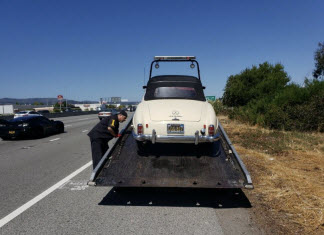 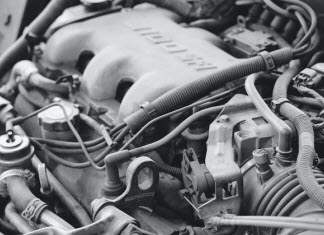